Actress Ana de Armas began to appear more and more often in the gossip columns — it was all the fault of her participation in the promo for the new film The Gray Man, where she played the main role. Today, the actress took part in the filming of the interview, after which she was noticed by the paparazzi.

To attend the interview, Ben Affleck’s ex—lover chose a black turtleneck decorated with a brooch with a chain, as well as a short skirt with a bright print that exposed her sexy legs – all, of course, Louis Vuitton. The outfit was completed with classic black ankle boots with a stable heel and a handbag with the LV monogram. 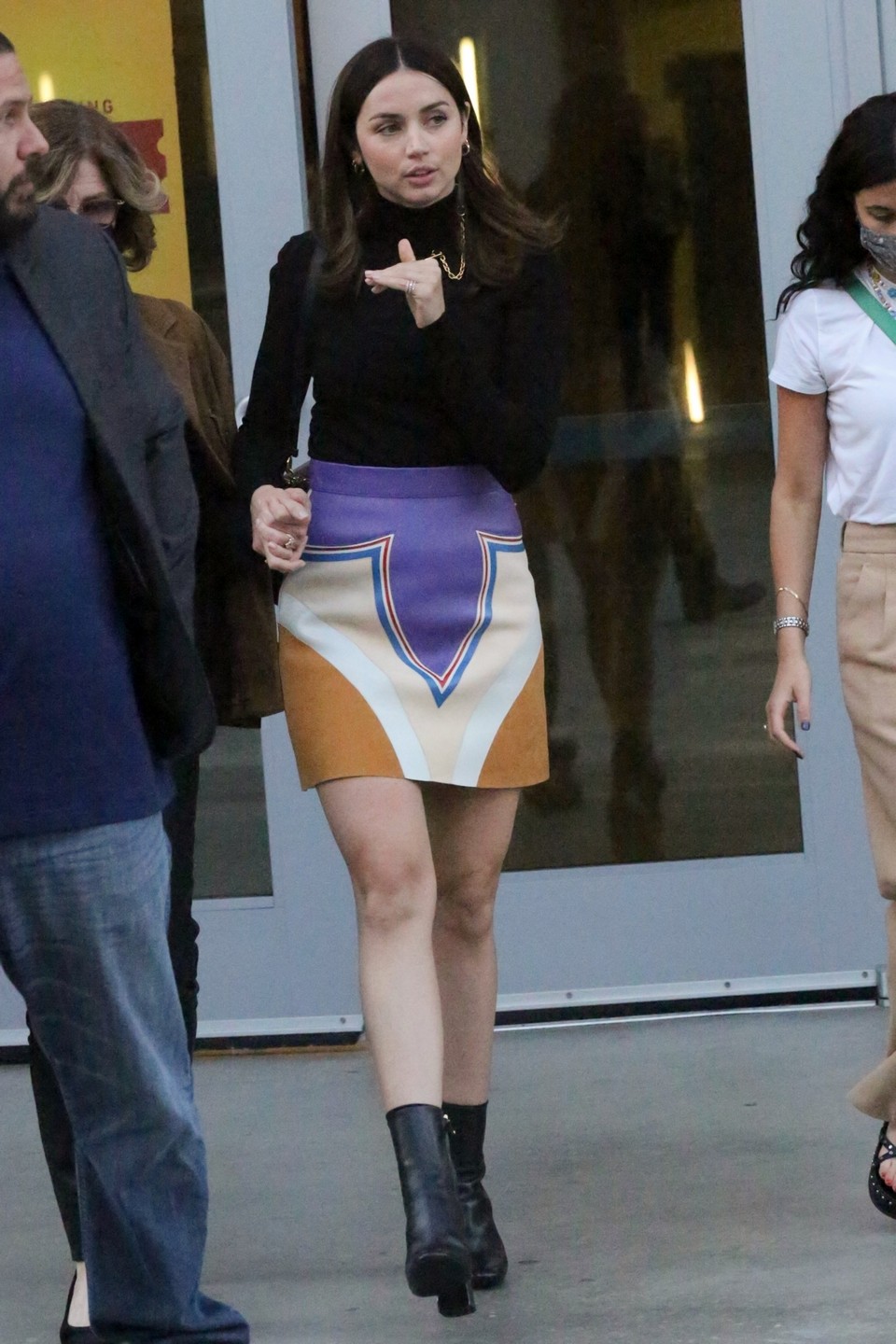 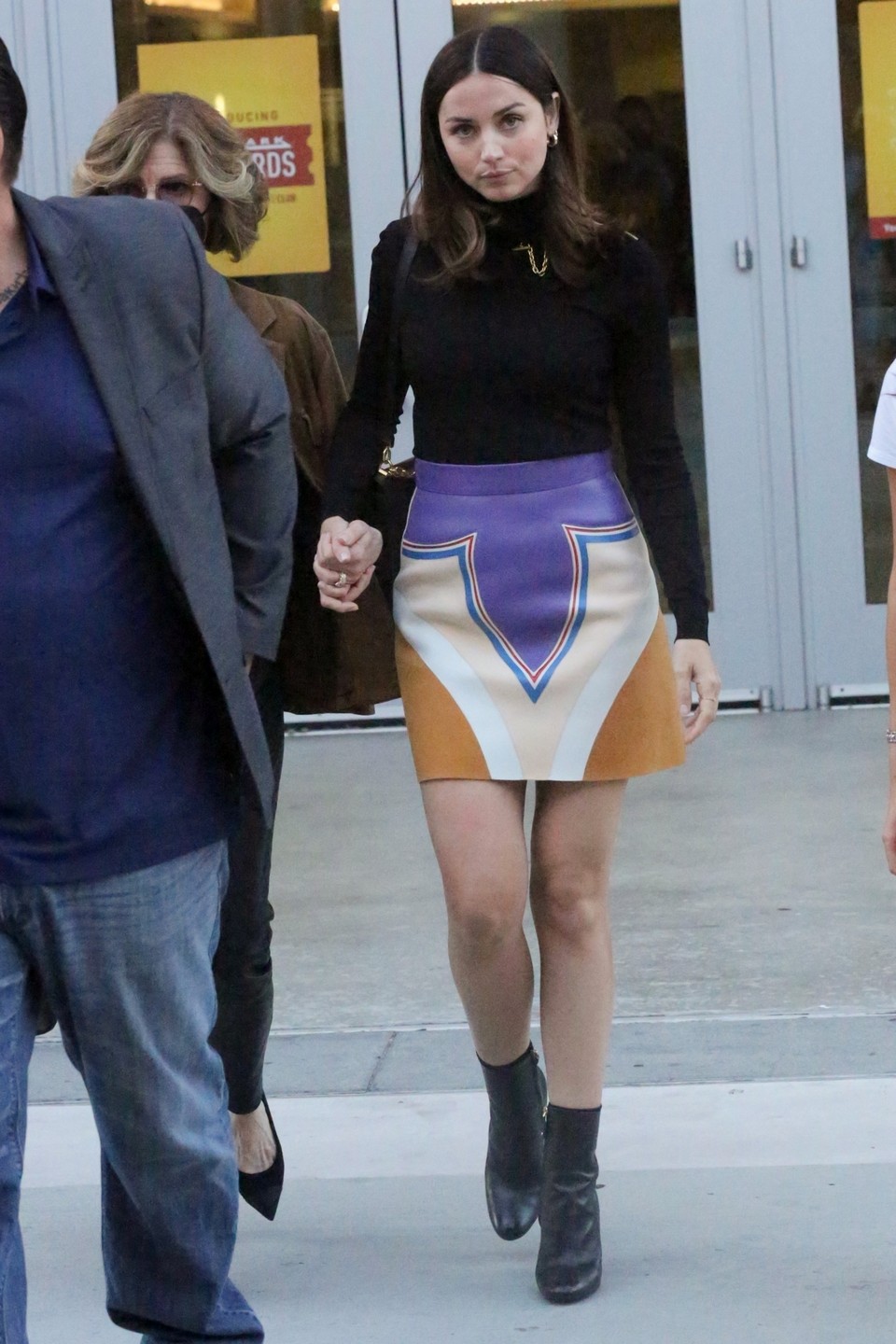 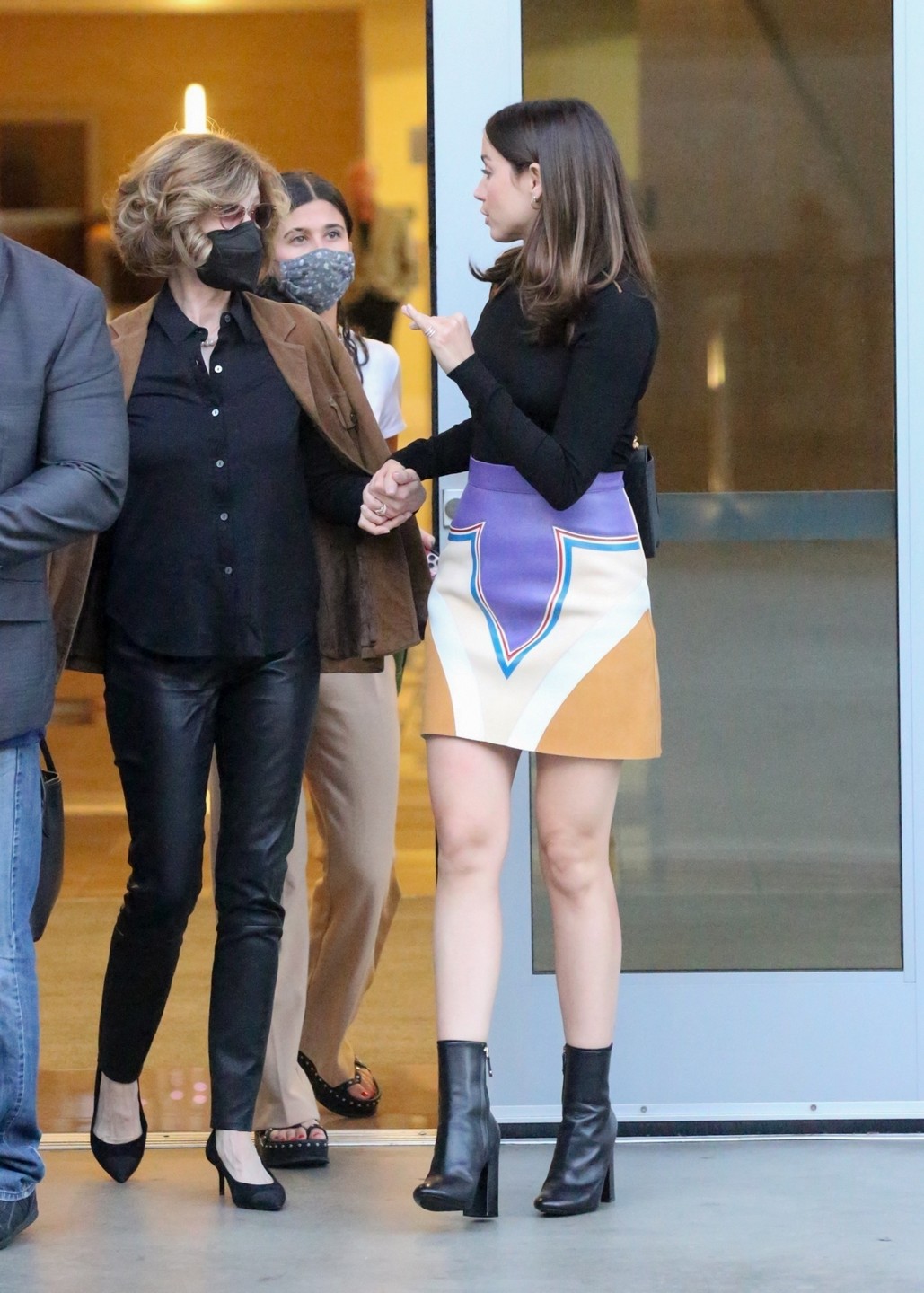 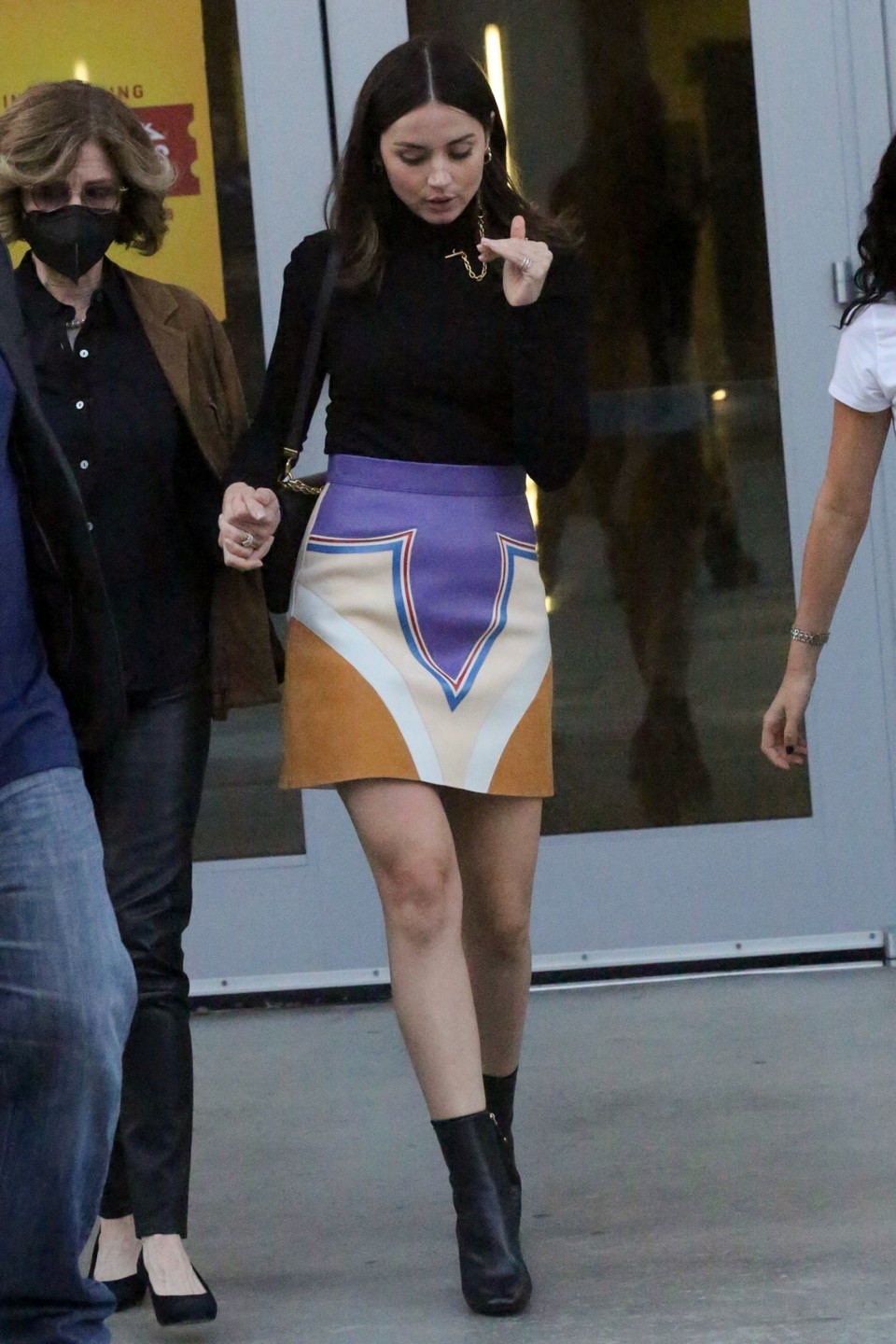 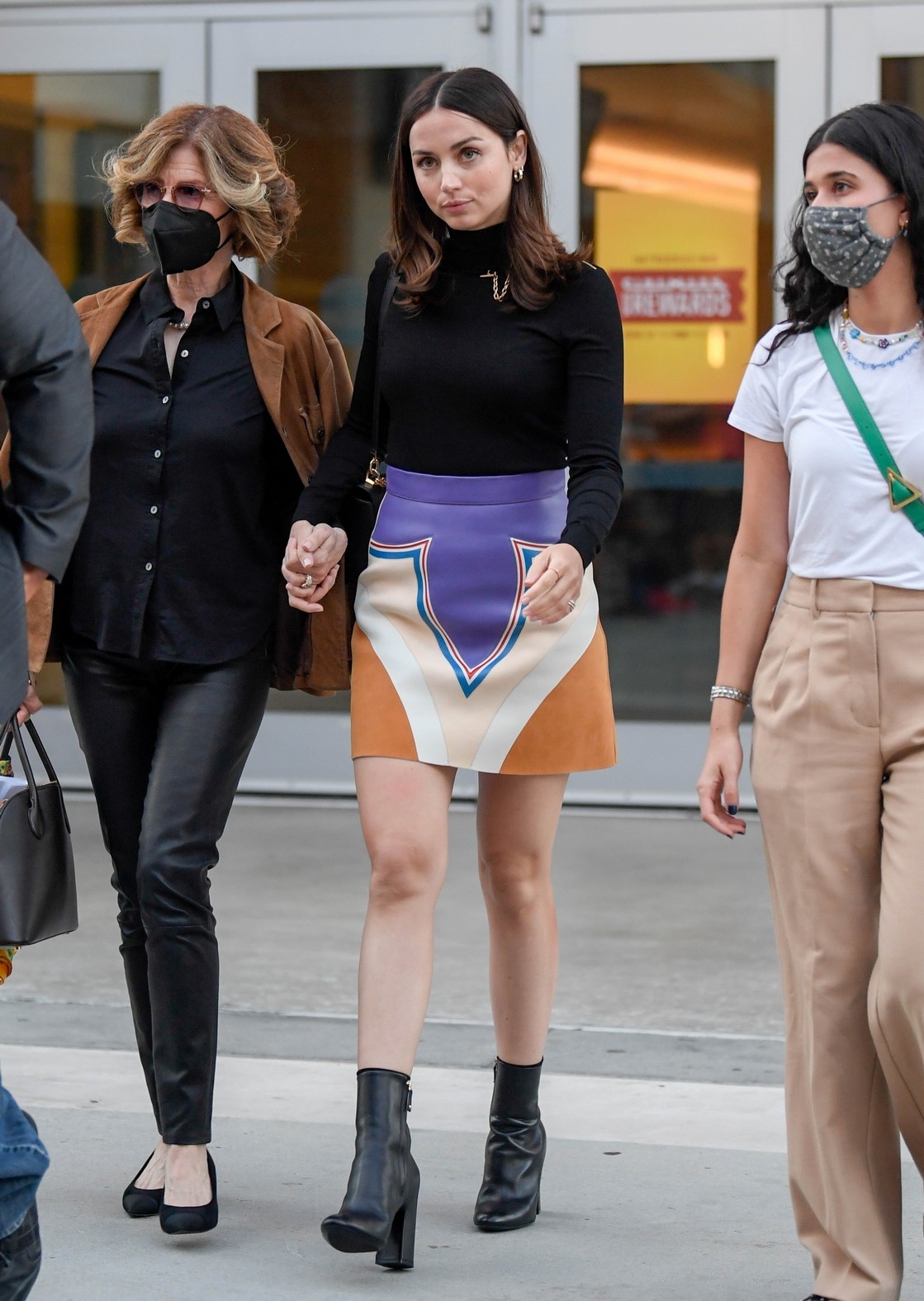